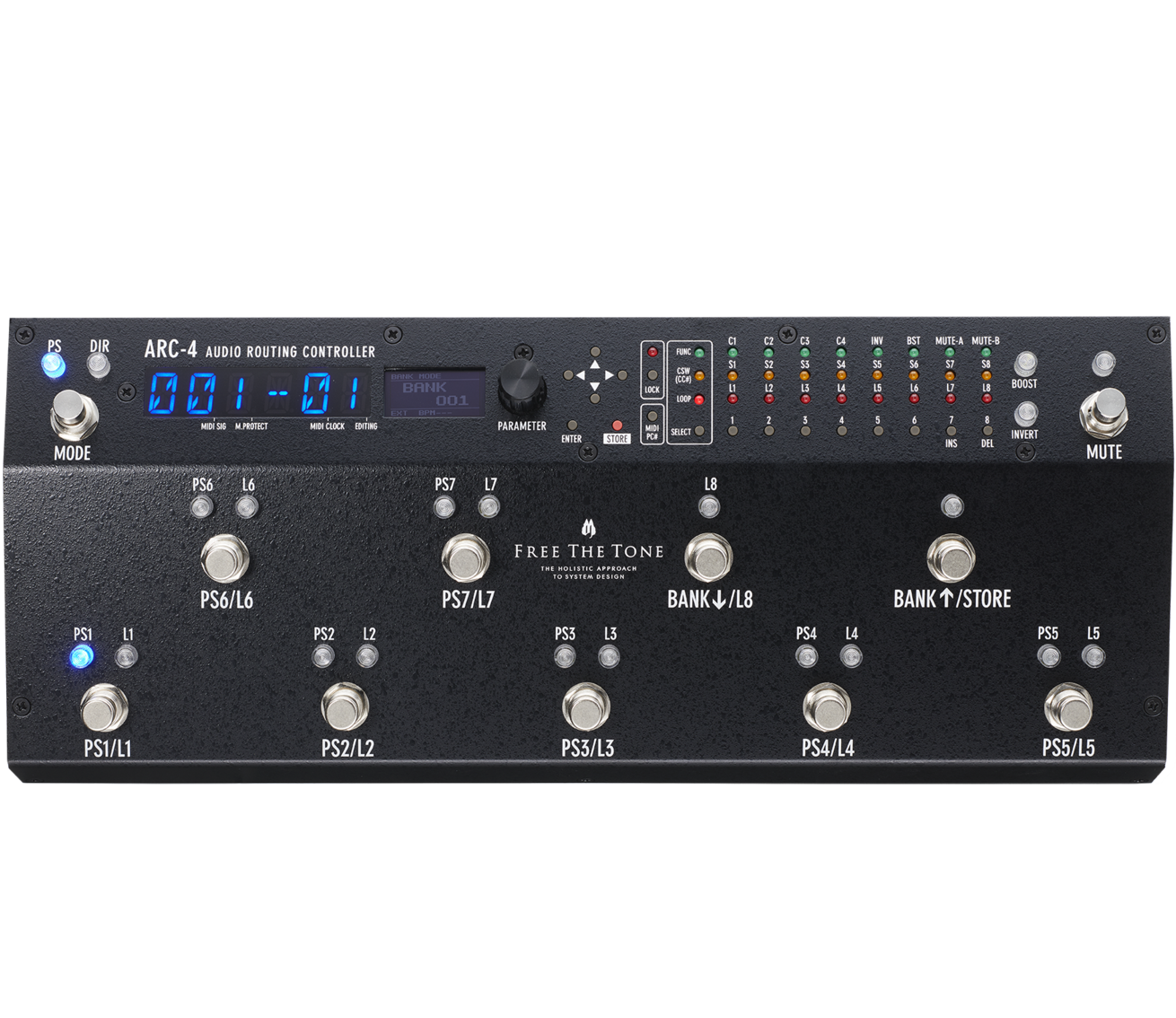 The flagship model of FREE THE TONE’s ARC Series routing controller has been reborn as the ARC-4 by greatly enhancing its predecessor’s functions in order to handle systems that are growing increasingly more sophisticated.
Now each bank and preset can be named. A Setlist mode has been added to allow you to combine banks with setlists at will. Also added are support for a MIDI clock and a Bank Select function. You can easily synchronize operation with external sequencer software. Further, the ARC-4 comes with many hands-on features such as Stereo Loop, Boost, Phase Invert, etc. for concerts or recording.
Experience the advanced quality of our ARC series’ flagship model ARC-4!

FREE THE TONE has a commitment to “sound” and our original Holistic Tonal Solution “HTS Circuit” is the basis of this pursuit. Thanks to the “HTS Circuit” implemented in the signal input and output, the ARC-4’s amplifier can always receive signals with a constant impedance irrespective of the conditions resulting from combinations of connected effects units. The effected sound and bypassed sound managed by the HTS Circuit will always have the same sound quality, which solves a problem that has plagued players for years.

After repeated tests in harsh environments, primarily at concert venues, we established a durability suitable for professional use based on feedback from various sources.

Now presets, banks, and MIDI channels can be labelled. You can easily manage your data by attaching tone names to your presets, tune titles to banks, and connected device names to MIDI channels. A Setlist Mode has also been added that allows you to combine banks freely and manage them as setlists. This function will greatly improve usability in concert tours.